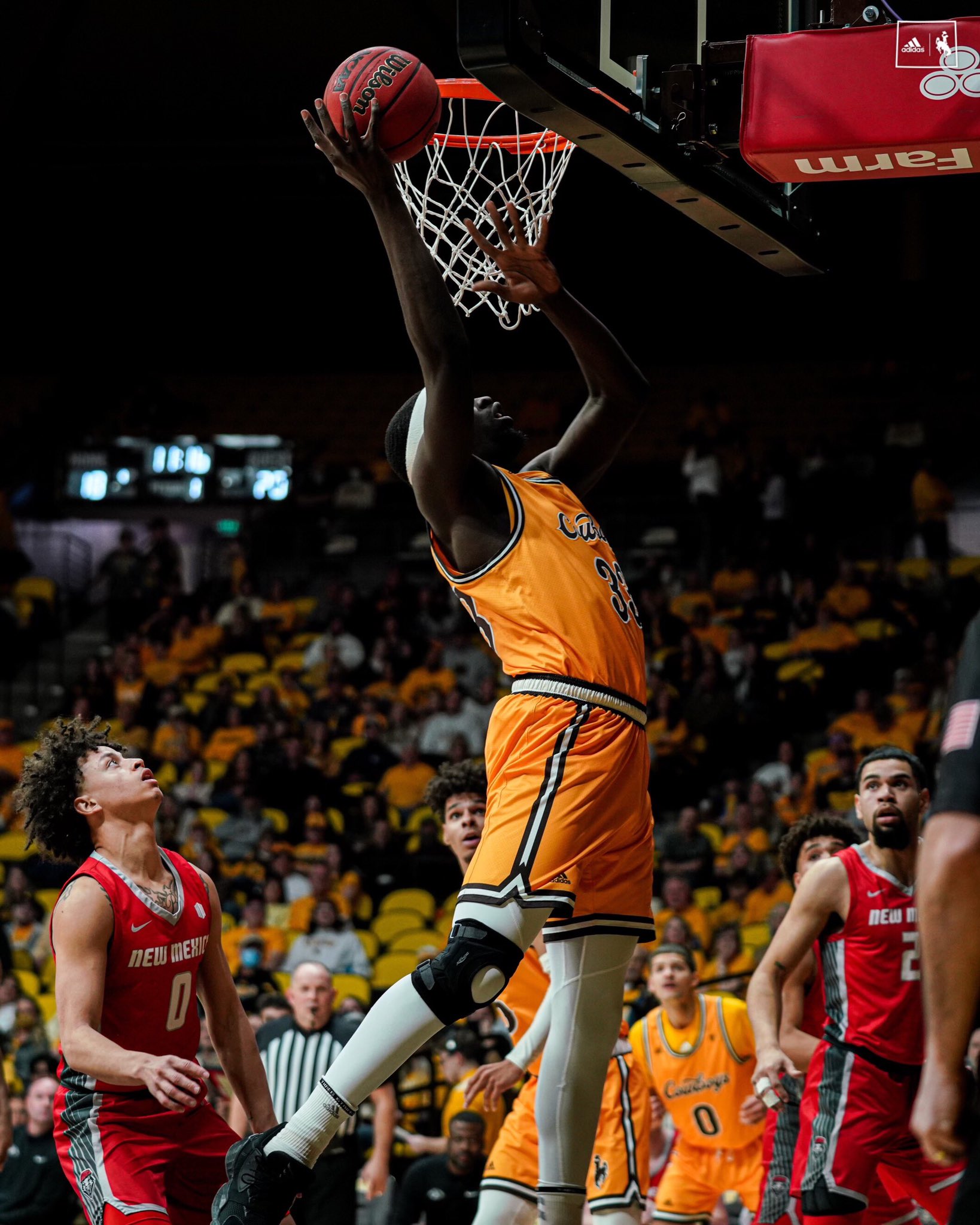 CASPER, Wyo — The Naismath Memorial Hall of Fame has placed Wyoming Cowboys’ Graham Ike on the watchlist for the Karl Malone Power Forward of the Year Award, UW Athletics said in a news release Thursday.

Ike is among 20 forwards across the country who are on the watch list. The full list is as follows:

“The Basketball Hall of Fame is proud to annually honor the top power forwards in the collegiate game with the Karl Malone Award, which bears the name of one of the greatest players of all time,” John L. Doleva, President and CEO of the Basketball Hall of Fame, the press release reads.” “To be added to the Karl Malone Award watchlist is a great honor and I know he appreciates the opportunity to see these players compete throughout the season. We are honored to include his unique perspective in our review each year.”

Fans can participate in voting for the Karl Malone Power Forward of the Year Award, UW Athletics said. Public voting begins Friday, October 28th. As the season progresses, the watchlist will be narrowed down to ten players in January 2023 and five in February.

“In March, the five finalists will be presented to Malone and the Hall of Fame selection committee, where a winner will be chosen,” said UW Athletics.

The Cowboys will start their season at home against Colorado Christian at 7 p.m. Nov. 7, UW Athletics said.