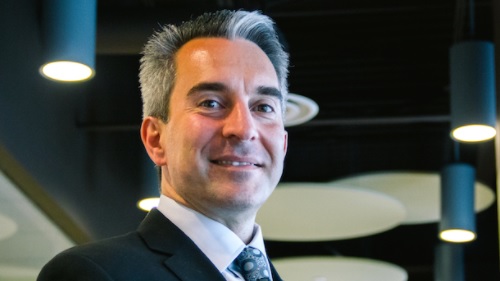 Trinity Cyber Has secured debt of $26.3 million from an unknown source, according to a listing on Crunchbase. Backed by a well-known local investor Ron Gula and chip manufacturers intelthe Washington, DC company previously raised $23 million in Series A funding in 2019.

“We must immediately embrace new approaches focused on prevention at scale and offer technologies that drastically reduce incident response and false alarms,” Founder and CEO SteveRyan, a former National Security Agency veteran, on his company’s philosophy. “As singer-songwriter John Mayer describes gravity, ‘Twice as much isn’t twice as good.’ Reducing the flood of warnings will make room for some much-needed focus,” he added in a recent article on Dark Reading.

Gula, the founder of cybersecurity giants Tenable and Network Security, invested in Trinity last year, betting that its product portfolio would appeal to about 90% of Americans left behind in cybersecurity.

“What kind of company, what industry do you need to appeal to these people? I think it’s someone like Trinity Cyber ​​that can dramatically increase the level of security they access,” said Gula, whose Gula Tech Adventures invests in cybersecurity startups, in an interview. “Let’s say you’re a small community college or a local fire department. They have no hunting team and no cybersecurity hygiene. Which provider can you go to? Do you need antivirus software? A firewall? Incidentally, it is also very suitable for large institutions. In fact, they find it particularly difficult to maintain a patch management cycle.”

Trinity believes that every Internet session can and should be staged, decrypted, parsed, fully interrogated and defended. In 2020, Gartner recognized it as a 2020 Cool Vendor in Network and Enterprise Security.

In addition to Gula joining Trinity’s board of directors, the company has assembled an impressive team led by Ryan and President Tom Bossert, a former homeland security adviser to two presidents. Ryan served the NSA for over three decades. Among other things, he was a designer of custom chips before leaving the organization as Deputy Director of the Threat Operations Center. Ryan, who received a BS in Electrical Engineering from the University of Rhode Island, is a recipient of the Presidential Rank Award, Exceptional Civilian Service Award and first place winner of the Department of Defense CIO Award.

Bossert, a Distinguished Fellow with the Atlantic Council and National Security Analyst at ABC News, joined Trinity in 2019 as Chief Strategy Officer. Previously, he founded and ran a management consultancy. Bossert received his bachelor’s degree from the University of Pittsburgh and his law degree from George Washington University.

Ron Gula, who served in the US Air Force in the 1990s, is best known as the co-founder of Tenable. In 2020, he was recognized with the Northern Virginia Technology Council’s Cyber ​​Investor of the Year Award and the Baltimore Business Journal’s Power 10 CEO Award. Gula Tech Adventures, which he runs with his wife Cindy, has invested in 31 companies and several nonprofits, according to CB Insights. Investments in 2022 include 1Kosmos, North American Wave Engine and ShardSecure. GTA’s last exit was Protego in 2019 via a takeover by Check Point.