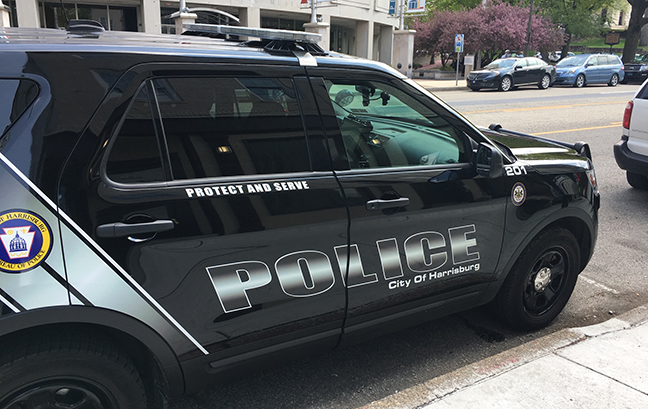 The city announced Thursday that it has received two grants totaling more than $3.3 million from the Pennsylvania Commission on Crime and Delinquecy that will help the bureau hire staff and purchase equipment.

“The Harrisburg Bureau of Police is grateful to the Pennsylvania Commission on Crime and Delinquency for awarding a grant to the City of Harrisburg to increase our law enforcement efforts to reduce crime and gun violence,” said Deputy Police Commissioner Dennis Sorensen.

With the money from the assistance grant, the bureau plans to purchase a license plate reader to identify license plates of suspected illegal activities and a laser scanner that will improve crime scene processing. They will also purchase additional body worn cameras.

The bureau also plans to improve its wellness program for officers and hire a mental health professional to assist officers.

The Gun Violence Investigation grant is designed to pay officers overtime for details on the saturation of multiple agencies in high crime areas. It will also fund the purchase of a gunshot detection system to identify where shots are being fired during incidents when 911 is not called.

In addition, the office plans to purchase video doorbell cameras for homes and install porch lights in high-crime areas.

“Our local police force faces a variety of challenges every day and deserve the latest equipment and resources to assist them in protecting our communities,” said Senator John DiSanto.

On Wednesday, DiSanto announced $5.3 million in grants from the local law enforcement support program for offices across Dauphin County.

The state Crime and Delinquency Commission received the money as part of federal funding of the American Rescue Plan Act. Harrisburg applied for the scholarships in October and received the most money in Dauphin County.

Other Dauphin County grantees include:

If you like what we do, please support our work. Become a TheBurg friend!