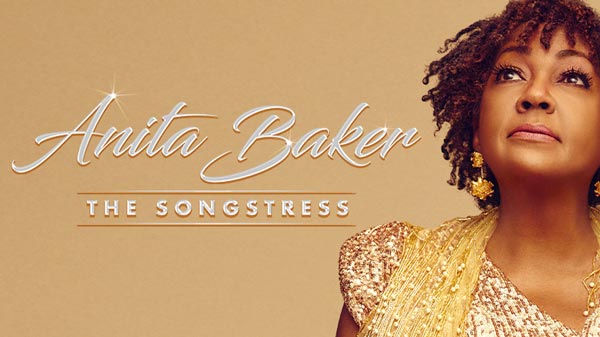 (NEWARK, NJ) – Eight-time Grammy-winning superstar Anita Baker, The Songstress, has announced a special series of live dates for 2023. The Songstress’ tour, produced by Live Nation, will take them to 15 cities beginning February 11 at Hard Rock Live in Hollywood, FL, with US stops in Atlanta, Baltimore, Houston and more. Locally, her tour arrives at the Prudential Center in Newark on Wednesday, May 10, 2023.

The tour celebrates Baker’s 40 years as a music icon in the industry since the release of her debut album. The singer, was released in 1983. These dates mark the first time she’s been on a full tour since 1995, and it’s also the first time The Songstress has performed her classic hits live since she regained the rights to her masters.

“I’m looking forward to a crazy good time with my fans on tour in 2023!! … I will be bringing new music and some special guests as well.” -ABXO

Born in Toledo, OH and raised in Detroit, MI, Baker is one of the most popular singers of soulful ballads during the height of the 1980’s quiet storm era. Baker began her career in the late 1970s with funk band Chapter 8 and released her first solo album, The Songstress Grammy-winning single “Sweet Love” in 1983. Baker has won eight Grammy Awards and has four platinum albums and two gold albums. Baker is an alto with a vocal range that extends her register to at least three octaves.

Advertise with New Jersey Stage for $50-$100 per month. Click here to get more information

Advertise with New Jersey Stage for $50-$100 per month. Click here to get more information