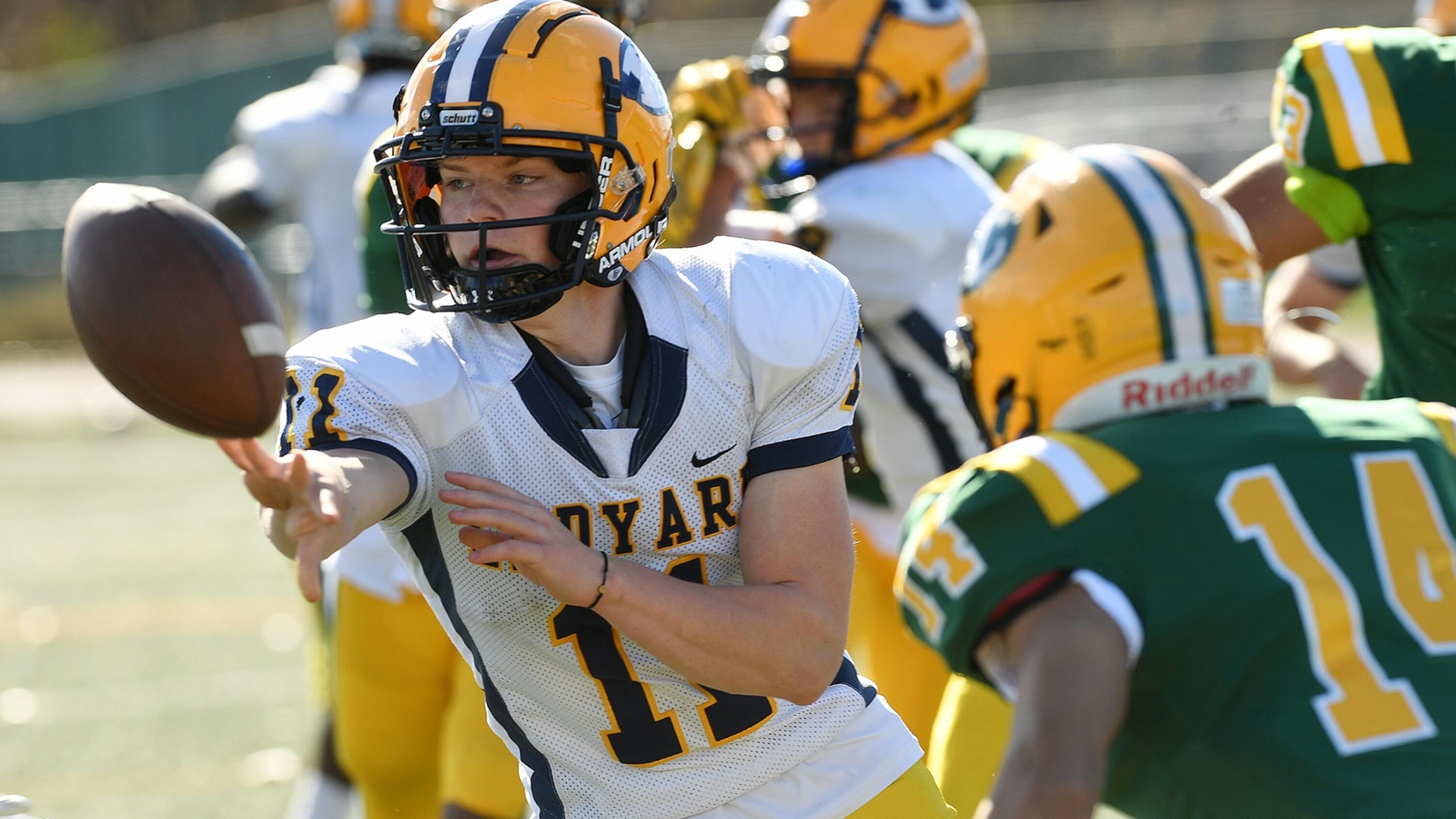 Ledyard – Imagine it: your first day at Netflix. You are asked to brainstorm a high school football movie. And you have to pitch a quarterback.

Ah yes. Strong and tight. Golden hair blows in the wind. Girls walk past him and pass out. Boys walk past him and are suddenly attacked by inferiority complexes. Let’s put it this way: There’s a reason Sunshine ticked all of the above boxes in Remember The Titans.

And then there’s Jackson Poulton, The Little Quarterback Who Could, at Ledyard High. All 5-foot-7 from him. He must be in the crowd somewhere.

“We make fun of Jackson all the time,” friend and teammate James Green said recently. “For his size, sure. We call him “choir boy” because he sings in the choir. But believe me, he’s not a trick pony.”

Pony? nope Try a full-on horse this season. In fact, this choirboy is proof that dynamite doesn’t need to attract attention as long as it has a lit fuse.

“I didn’t want to believe it because they’re great guys,” Poulton said. “But come to find out they were transmitted legitimately. And I was pretty excited to be quarterback because I’ve played quarterback for most of my life. Having to play running back killed me a bit.”

The Outlows also put Thames River on the brink of the playoffs. But their departure left Ledyard without two of his best returning players. The result? An 8-1 record and a division title that perhaps no one saw coming.

Aside from that, Ledyard coach Mike Serricchio can wake up every day and say, pretty proudly, “We’ve got Jackson and you don’t.”

“He’s incredibly smart, has a high football IQ,” Serricchio said. “He’s tough, mentally and physically. He’s incredibly athletic. You know, he’s a sprinter and shot putter on the track team, but I think it’s the IQ that sets him apart.

“It’s been a huge blessing for us to come on cold and dominate the offense because it really comes down to your quarterback game. As good as James (Green) is, if you don’t read and give him the ball when you’re supposed to, it doesn’t work. He is a revelation to us. That’s why he’s ‘The Colonel’.”

Green, aptly dubbed “The Playmaker” by GameDay voice cast Casey O’Neill, has rushed for more than 1,600 yards in nine games. And yet most of Green’s wins depend on how well Poulton reads defense. Keep it, run it, pitch it or throw it?

“Jackson has a big heart,” Green said. “He might be a little short, you know, but he has a big heart and he knows how to read (the defence). He is very patient. That really sets him apart from any other quarterback.”

Poulton’s size also belies his command of the quarterback sneak. It seems counterintuitive to ask the smallest kid on the field to move the pile forward one yard in fourth place. And yet Poulton has racked up numerous first downs in football’s most elemental game, not to mention multiple touchdowns.

It can be the offensive line’s favorite call. Because everyone stands behind the quarterback, figuratively and literally, and gives him a nudge when he needs it. That’s called symbolism.

“The team culture is a lot better this year than last year,” said Poulton. “We had some cliques and nobody really got together. But this year coach Serricchio has been a big fan of culture and how we need to fix that. And that held us back. We have a better culture this year. That is the basis.”

Serricchio: “This was about faith. total unity. A team that is aligned, children that are aligned. No selfish player in the bunch. Not a selfish coach. People who believe in the system.”

And to believe in The Little Quarterback Who Could.