Kentucky’s mildly exciting midterm election season ran late into the night before some final results were announced, but didn’t bring much of a surprise.

In his bid to unseat incumbent US Senator Rand Paul, Charles Booker’s promise to “shock the world” was barely registered as an election quake.

The rejection of Amendment 2 in a pro-life state like Kentucky would have come as a huge surprise were it not for the fact that in August, red-hot Kansas rejected an abortion-related ballot initiative. The most important result of the repeal of Roe v. Wade was the place of the issue in the democratic process in which consensus is forged over time on society’s most contentious issues. 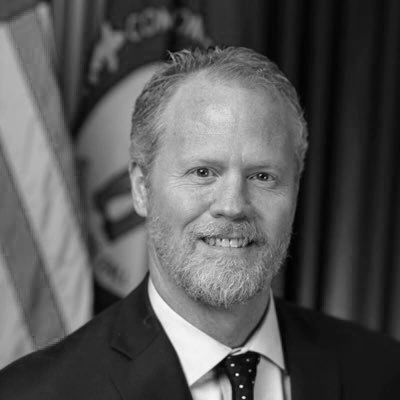 An amendment to the constitution to allow the General Assembly to become a year-round legislature was firmly rejected. The public disapproval of Gov. Andy Beshear for unilaterally imposing his policy preferences during the overwrought COVID hysteria did not mean that Kentucky residents wanted a permanent expansion of government. More session time would likely have meant more favors for the well-connected insiders. More on that below.

Beshear’s legislative agenda for 2023 will double as his campaign platform: fomenting an illusion of bipartisanship while proposing hundreds of millions in new government spending to motivate unions and liberal interest groups to win over their voters next November. He will face off against the chairmen of the House and Senate budget committees, whose views on fiscal responsibility are beginning to gain ground in Frankfurt.

Last month, The Pew Charitable Trusts reported that Kentucky’s (“Rainy Day Fund”) budget reserves have eclipsed Indiana and Tennessee and are now in line with the national average. We’re far from declaring that the state’s fiscal challenges have been met, but the tide has undoubtedly taken a turn for the better under Republican parliamentary majorities.

Odd-year meetings shall be no-budget meetings. Unfortunately, the temptation to spend money usually prevails. In 2019, the University of Louisville’s General Assembly approved a $35 million taxpayer-backed forgivable loan that UofL said was necessary to salvage a failing hospital system but was used instead to replace an IT system to buy computer carts and scanners and replace a roof (among other things).

In 2021, lawmakers provided an Ohio hospitality hedge fund with $6 million to renovate the Seelbach Hotel. The film industry received a new round of corporate welfare through a revived refundable tax credit program. Senate leadership pushed through a massive tax-boost funding program in west Louisville, realizing a long-held vision for Frankfurt of one of the city’s largest commercial developers to subsidize the gentrification of low-income, minority neighborhoods.

During the closing nights of its regular sessions, the General Assembly has continued to act in a manner inconsistent with the “3 readings” requirement of the state constitution. At Beshear v. Bevin’s 2018 decision — the unanimous decision of the state supreme court that spelled out that requirement — was not just about having a proper legal title, but about giving the public ample time to become familiar with the substance of the legislation make before the votes are cast by their representatives.

Frankfurt is gripped by a new dynamic. A significant number of new Republican lawmakers mean what they say about limited government. In an 80-strong House of Representatives supermajority, this “freedom” faction will not have the votes to stop every bad idea. What taxpayers can expect is that these members will not be shy about raising objections in the all-important faction meetings that decide which bills to move forward.

Here’s an idea for the new members that would make a big difference: Insist on all bills being read for 24 hours before voting. Big corporations and their lobbyists will hate it, but the grassroots should remind leaders that they were elected to represent their constituents, not special interests.

Andrew McNeill is a Visiting Policy Fellow at the Bluegrass Institute for Public Policy Solutions. He can be reached at [email protected] Read the previous columns at www.bipps.org.