As Democrats and Republicans in Colorado prepare to elect a new party leadership, candidates are beginning to emerge, while at least one leader plans to step down.

Morgan Carroll will not seek re-election as leader of the Colorado Democratic Party next year and will step down after six years as leader, ending with large Democratic majorities in the state legislature and Democrats holding all major state elected positions.

“It has been an extraordinary experience to be in the trenches with all of you over the past 6 years,” Carroll wrote in a statement. “We had to heal a lot, grow a lot, plan and organize a lot to face the current and existential threats to democracy, our climate and the fundamental rights of our communities.”

She wrote that she plans to remain an active leader until the party’s reorganization in the state on April 1, when a new party leader and other positions are selected. The party elects the leadership in odd-numbered years.

Carroll served in the state Legislature before becoming party leader, representing Representative District 36 from 2005-2009 and Senate District 29 from 2009-2017. She served as President of the State Senate from 2013-2015.

Under Carroll’s leadership, Democrats will control state government until at least 2027, with a hugely successful midterm election this year for the party. Democrats hold power as governor, secretary of state, attorney general and treasurer, and the party has a clear majority in both the House of Representatives and the state Senate.

“Colorado is not an inherently blue state. It’s a combination of outstanding candidates who are better on issues, who have campaigned better, and the continued implosion of the Republican Party, which has been hijacked by its white nationalists and militias,” Carroll wrote.

Shad Murib, a Democratic strategist and spouse of Senator Kerry Donovan, has already announced that he will run for the presidency. In his letter of intent to Carroll, he wrote that the “next frontier of Democratic politics is local.”

“My commitment to the party is to build a world-class organization that not only defeats Lauren Boebert, but also protects our incumbents and works with local parties to defeat far-right candidates across the state who threaten our freedom and progress.” , he wrote , referring to the US representative from Colorado’s 3rd congressional district. 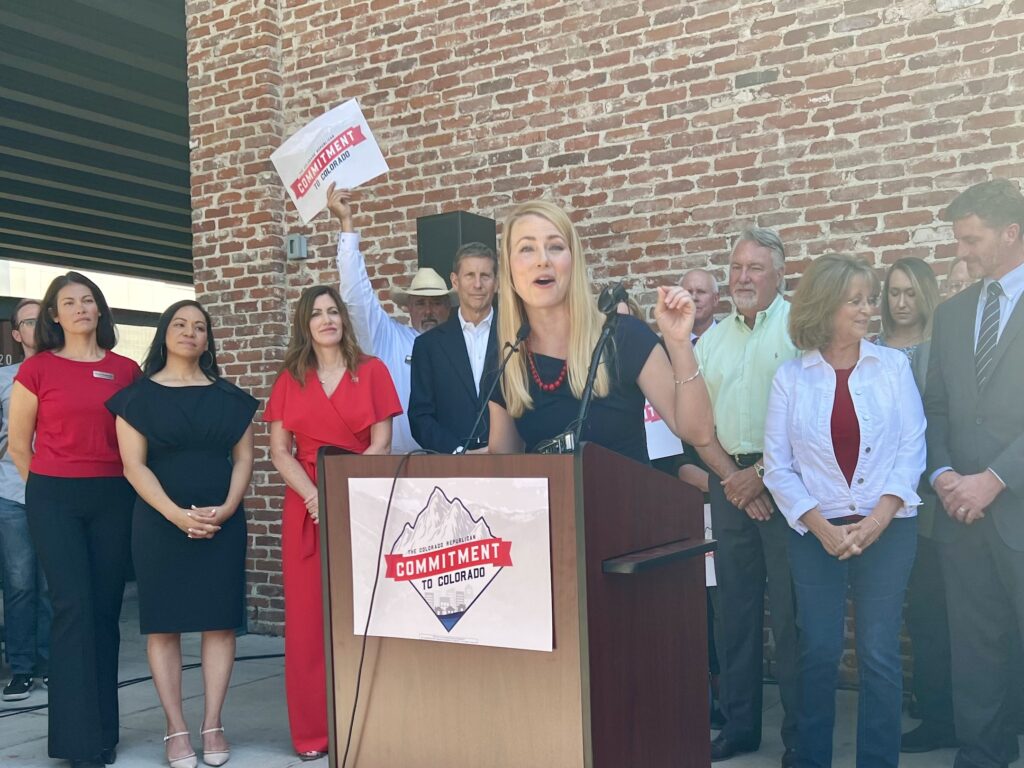 Colorado GOP chairman is yet to be announced

On the Republican side, it’s unclear whether current state leader Kristi Burton Brown will run for a second term in the party’s reshuffle next year. She told radio host George Brauchler on December 8 that she would announce her decision this month.

“We will decide who will lead the party for the next two years. But whoever comes up to run, people have to say, ‘What is your ultimate plan for moving us forward at a very difficult time for Colorado Republicans?’” she said.

Casper Stockham, who ran three times unsuccessfully for Congress, wants to replace Burton Brown. He wants public relations to be at the forefront of the party’s mission and said it’s something he’s advocated in the past, particularly for minority communities and young voters.

“I thought she would implement some of my outreach strategies so we could reach more communities. After two years, none of that happened. They have fought against money going public. I haven’t seen enough from my point of view, so I’m running again,” Stockham told the Colorado Newsline.

He said he wasn’t surprised by the Republicans’ lackluster results in the midterm elections because the party “keeps doing the same thing and expecting different results.”

Stockham also wants the state party to form a task force focused on electoral security and transparency and greater support for local candidates.

Outgoing State Rep. Dave Williams told Colorado Politics he was weighing the decision on whether to run for the presidency. He did not respond to a request for comment.

Democracy only works if people have access to reliable information about the state and society. Colorado Newsline’s mission is to be a trusted source for such information. Newsline is nonprofit, nonpartisan, and independent, providing fair and accurate coverage of policies, guidelines, and other stories of interest to Colorado readers