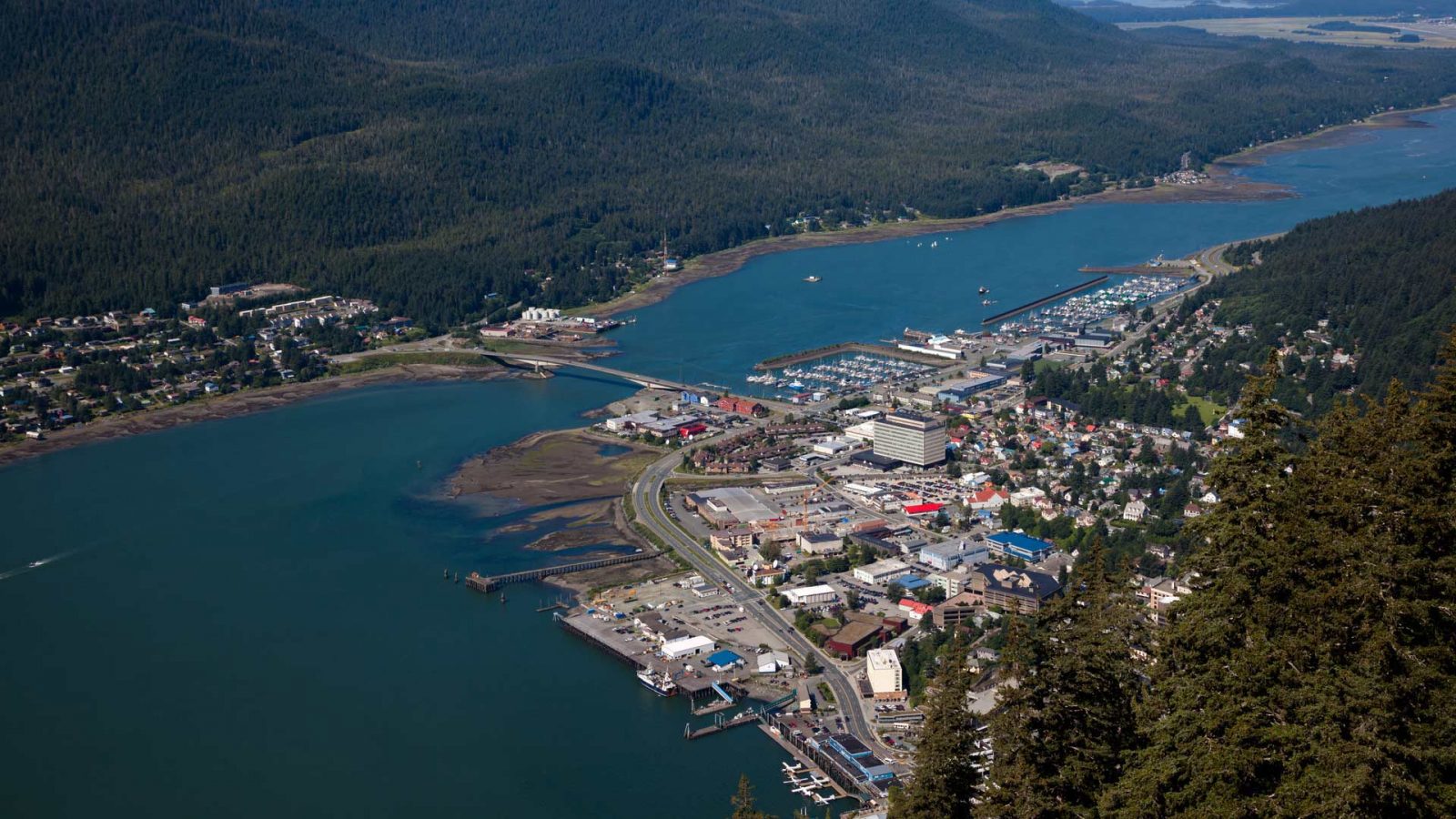 (ErikN Publications) – On October 27, 2022, Tucker Carlson announced to the nation that we are running out of diesel and only have 25 days of diesel left. He followed up on a question put to John Kirby, President Biden’s spokesman. Kirby really didn’t have an answer to explain the lack. The Fox News reporter mentioned that New York and much of the Northeast were actually rationing diesel. hmm Rationing? Word is getting around as CNBC, CBS, and NPR have since reported on this issue.

Is a 25 day inventory of diesel fuel a problem?

Start with this question, starting with the source of the data and asking if a 25 day supply of diesel is really unusual. The data comes from the US Energy Information Administration (EIA). The referenced website provides a table showing diesel stock days available since 1991. Reducing this information to stock levels as of the last week of October for each year since 1991 gives a picture of what is typically available. On average, diesel stocks last for 35 days. (See table). So is 25 days necessarily alarming?

Well, possibly. There is a technique in statistics used to see if a given number is significant. It is referred to as the “standard score”. Default values ​​are based on other statistical calculations that provide an indication of whether a given value is abnormal. A score between 1 and -1 is considered normal. However, when it approaches 2 or -2, the number is well above or below the average.

A value of 25 days has a default value of -1.8. In other words, this number needs to be taken seriously. This was likely observed by energy traders and is most likely the source of the alarm. This is the lowest standard since 1991. When this reaches -2, we are entering uncharted territory, a situation the US has never faced before.

The next step is to see exactly where diesel is in short supply. The US is a big place, and national numbers often don’t accurately reflect regional markets. The Institute for Energy Research investigated this question in an article published on October 28th. The unusually low diesel stocks are particularly localized in the north-east. New England has 34% of normal stock levels this time of year! A subsequent report from MSN reported that a Mansfield Energy southeast alert was issued.

As for rationing, there is currently little evidence of any coordinated rationing of diesel oil by any government. However, there are reports of retailers rationing diesel supplies in Connecticut. This is explained in more detail below, but in many ways reflects the informal symbiosis between the energy market and the state. The market usually rules everything. State intervention in the distribution of fuel is really not necessary. But… there are those moments. Diesel fuel, like any other energy source, is a public concern. So there is communication between energy supply companies and state authorities.

Is Juneau, Alaska in Danger?

Juneau, Alaska is one of two major cities accessible only by water or air (the other is Honolulu, Hawaii). As in New England, almost every house in Juneau is heated with diesel oil. This small town of 30,000 has two fairly large fuel depots that store millions of gallons of fuel being hurled up from Seattle. Diesel is the lifeblood of Juneau. It has three ports full of fishing vessels that run on diesel. Two mines outside of town use diesel. The city’s emergency generators run on diesel. If this city ran out of diesel, it would be an economic catastrophe, if not a humanitarian crisis. Some buildings only use diesel heat. If the heating were to be switched off, the water supply would also have to be shut off (frozen pipes). This would mean the closure of schools and possibly health facilities.

So the first step is to see if there is data on Alaska’s inventory. Oddly enough, Alaska is one of the states where no data is reported. The data is withheld from the public as it would reveal stock levels held by private companies. This is a reasonable precaution as stock numbers are usually proprietary in any industry. For Alaska, the market has so few participants that publishing inventory figures would reveal private data. In Juneau, for example, there are only two providers. The release of Juneau inventory totals would update each competitor’s inventory levels.

However, speaking to local vendors reveals something surprising. You will not be referred to a state energy department. Instead, it is recommended that you contact the Borough of Juneau Emergency Operations Center. Remember, as mentioned earlier, there is a unique relationship between private utilities and government? If there were bottlenecks, the energy suppliers would first have to report this to their customers, because it would quickly become apparent that not everyone was being refilled with diesel. As with Connecticut suppliers, private suppliers would begin to make decisions about who gets diesel and focus on critical needs and services. If this happens in Juneau, the EOC will be informed. Essentially, a diesel shortage would be treated the same as any other power disruption.

The city of Juneau was quite informative, and this author learned a lot. The EOC is part of something we often take for granted: the Incident Command System. We may not know it, but when a natural disaster destroys power lines, an army of utility line specialists awaits. This doesn’t happen by accident. It is the result of years of planning, contracting and budgeting to prepare for such emergencies. ICS is most commonly used to fight wildfires, but most recently we saw ICS in action during Hurricane Ian and a series of tornadoes that ripped through Oklahoma and Texas. ICS is the organizational mechanism that consolidates the resources of private sector, local, state and federal governments.

As for a diesel shortage for Juneau or Alaska, the key element would be the declaration of the event as a state of emergency. Much like a tornado would declare a state of emergency in the Midwest, a diesel shortage could require similar action. This would inform private suppliers to work with governments to address the crisis and mobilize national resources to come to the aid of the state of Alaska and the city of Juneau.

So are we running out of diesel? no Western diesel supplies are stable and there is no report of a supply problem in Juneau. And if we run out of diesel, it wouldn’t be the end of the world. Much could be done to arbitrage diesel supply before it ever runs out. Schools would not close. Hospitals would remain open. Residential fuel tanks would all contain some level of diesel. What would be drastically reduced would be the non-essential use of fuel, e.g. B. Recreational boating. In any case, the cost of the stuff would be so high that it would most likely discourage all unnecessary consumption.

But the cost – that’s the real problem. Without a supply crisis, there is definitely a risk of an economic crisis. New England sees diesel over $7 a gallon! Even by Juneau standards, that’s incredibly high. Juneau knows the drill. The city responded in a remarkable way to the hydroelectric power outage a few years ago, reducing energy consumption by 33% by resorting to diesel generation. Diesel was many times more expensive than hydroelectric power. It was tough, but we made it, even if it meant drying our clothes in a cold garage. So the question is whether Juneau could cut consumption to counteract the high cost of diesel. Anyone have a backup heater?

Indeed, Carlson and the Biden White House have a common ground in their understanding of this issue. Both refer to the war in Ukraine. And they’re both wrong. In reality, domestic diesel supply is just a side effect of the Biden administration’s highly obstructive policies on fossil fuel supply and shipments, as well as highly obstructive policies by the states of Michigan and New York, which have been doing everything in their power to get into maintenance and intervene in upgrading fuel lines that cross their states. The reduction in diesel supply is primarily a problem for the Northeast, which needs the oil that is channeled into its market sector via Michigan and New York. It is also attributed to refining capacity on the east coast.

We are seeing before our eyes the true cost of replacing the goods and services that have been offered by the market for over a century with government policies calling for the cessation of oil production and consumption. What the government bureaucrats and university analysts fail to appreciate is the complexity of the market, that the dirty stuff seeping out of the ground provides the fuel that gets the food on the food table, that powers the tractors that harvest the crops, that provides plastics that fill our hospitals, that supply almost half of the parts that make our cars lighter, and the components that enable smartphones and computers to be used. In their obsession with windmills and solar panels, they’ve overlooked a million details. And that’s expensive.

It’s costly because 34% inventory in New England ultimately leads to high diesel prices in Alaska. Diesel prices are not just a function of the US market, but the global market. The world runs on diesel, even if you drive around town in your electric car. The lithium batteries were derived from the massive trucks that transported the minerals to make these batteries. Preventing the US from producing diesel as efficiently as possible will affect the world supply of diesel. If we don’t produce enough of it ourselves, we have to import it from abroad. So the New England problem is our problem.

Seems like most of us will be mothballing our old sweaters this winter. Do you think these fancy Christmas sweaters will come back in style?